Dr. Broshkevitch grew up in Northern New Jersey. He received his undergraduate degree from Bucknell University in 1985 and completed his veterinary education at the University of Pennsylvania in 1989. He joined the Mountain Shadow Veterinary Hospital team in November 2011 after practicing in Williamsport, Pennsylvania for 22 years. Dr. Broshkevitch has a strong interest in diagnostic imaging, including soft tissue ultrasound and echocardiography. He has extensive experience in internal medicine and surgery and will work hard to communicate a treatment plan for your pet.

Outside of work, Dr. Broshkevitch resides in Berks County with his wife, two children, and two cats. He enjoys fly fishing and fly tying, playing golf and basketball, and supporting the Philadelphia sports teams. 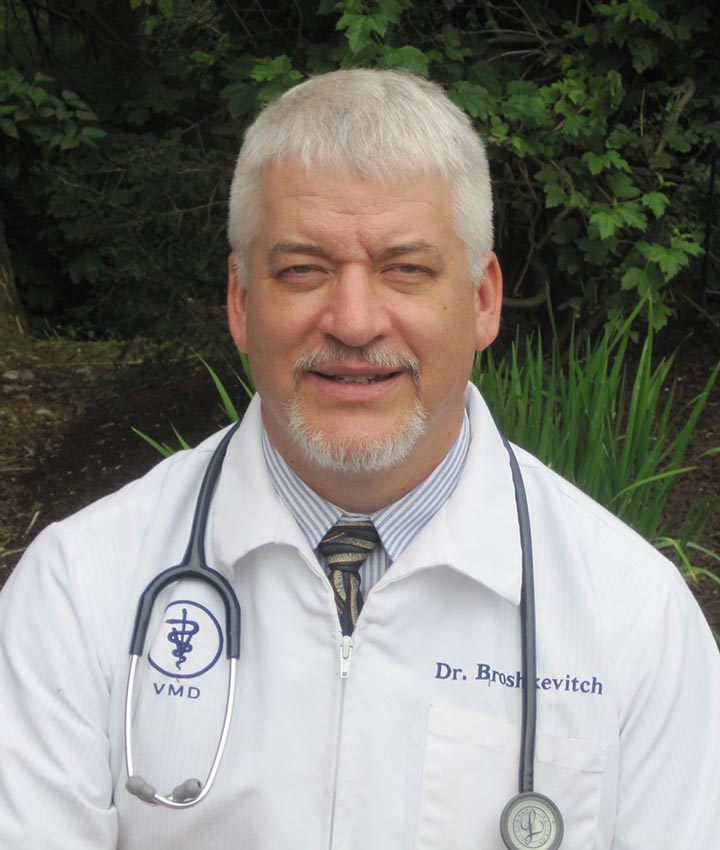